Here’s to good health and happiness in 2014!

From our family to yours, have a safe and happy holiday season! (And be careful with the turkey… you don’t want to end up like Mr. Bean!) 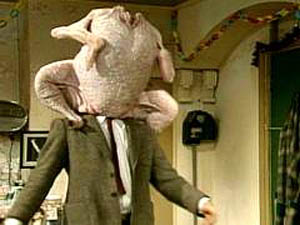 Be calm, be confident and eat tasty food!

This has been another exciting year for ON-SITE First Aid filled with wonderful people and opportunities! Before the year comes to an end, let’s have a look back at a few blog posts:

Have a wonderful and safe holiday!

There’s no better time to refresh your lifesaving skills. Contact us directly to set up an in-home, in-studio or in-office session today!

At ON-SITE First Aid & CPR Training Group, we’re so thankful to have had another exciting and productive year!

As part of our commitment to health and wellness, we have made donations to a few important causes, including charity: water and Plan Canada’s Gifts of Hope.

Have a wonderful holiday season with friends and family!

(and the ON-SITE Family!)

Sprains and strains refer to painful stretching or tearing of tissues between bones and muscles, but these injuries are typically not serious and can be treated with a little RICE (more on that in a minute) and lots of TLC. We are especially prone to sprains and strains in the winter time when involved in activities like skating, skiing or snowboarding for the first time in a long time and doing so without adequately warming up our muscles.

Check out this month’s Quick Reference Guide all about treating sprains and strains.

Here’s a great infographic celebrating the history of the first aid kit – enjoy! 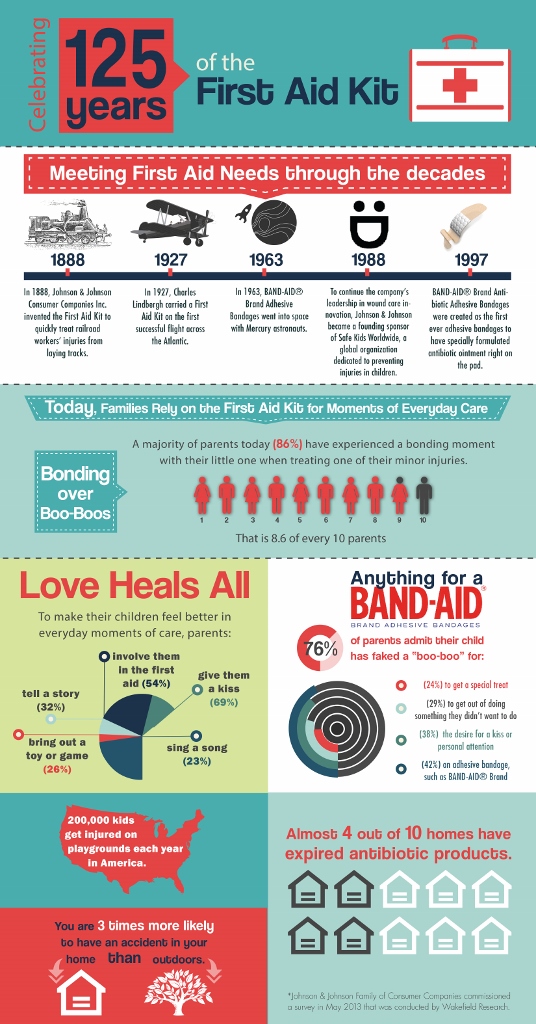 Broken limbs cannot be planned for, and as much as we hope that we’ll have a beautifully stocked first aid kit at the ready, this isn’t always the case. In a pinch, use anything with a stable straight edge to support the injured limb.

First Aid Super Tip #9: If your victim has a broken leg, circumstances dictate that you have to move them and you don’t have a first aid kit with splints available, tie one leg to the other. The non-injured leg will act as a splint in a pinch and will allow for easier transport of the victim  (although they should ideally stay put and let help come to them, especially if the injury is severe).

Matthew Reinhart is a brilliant and imaginative paper engineer behind such titles as Encyclopaedia Prehistorica Dinosaurs Pop-Up and Star Wars: A Galactic Pop-Up Adventure (which Mr. Obama ran out to buy!).

He has created nearly 30 pop-up marvels, one of which about rescue vehicles. Rescue: Pop-Up Emergency Vehicles teaches children about all different types of emergency vehicles in beautiful, 3D illustrated form. This is a perfect introduction into the exciting world of emergency rescue!

Remembrance Day is right around the corner and I am proud to say that my Grandfather flew a typhoon in RAF 193 Squadron on D-Day in the Second World War. In relation to first aid and emergency kits, here is an excerpt written by my Grandfather (Jack “Boots” Brown) from a the book Flying Under Fire: Canadian Fliers Recall the Second World War recounting the supplies that he and other pilots were provided with before a typical fighter/bomber operation:

“We were each issued a pouch of French currency and an escape kit containing a water bottle, chocolate, a needle and thread, a fish hook, a compass, pills to keep us awake, and a list of French, German and Spanish words. Then we returned to the crew room, emptied our pockets of any identifying material, and donned life jackets and escape boots. These boots could be converted to street shoes by cutting off the uppers in the event that we had to wear civilian clothing to evade capture. In one boot we carried a dagger to deflate our seat-pack dinghy should it accidentally inflate in the air. We put on gloves and a flying helmet containing goggles, a microphone, earphones, and an oxygen mask.” (p.73)

The pilots of 193 Squadron pose with one of their aircraft and a 500-pound bomb at St-Croix-sur-Mer, Normandy, on 1 July 1944. My Grandfather, Jack “Boots” Brown, is pictured in the front row, 6th from the left.

Be calm, be confident and be thankful for those who fought for our freedom!

There’s no denying that I’m an Office nut. The Office that is!

Michael, Jim, Dwight and the gang are fantastic and never were they more wonderful than when a CPR trainer came to visit!

It’s absolutely true that you can do CPR to the tune of Stayin’ Alive by the Bee Gees and no one does it worse (in the best way possible) than The Office crew. Click here and here to view the quick clips!

Be calm, be confident and never (ever) do what Michael Scott does.

There’s no better time to refresh your lifesaving skills. If you are in the Toronto area, contact us directly to set up an in-home, in-studio or in-The Office session today!